This parsed post will consider, dissect and respond to the documentary “The Lost Tomb of Jesus,” , which I featured in my book Jesus: Historical, Biblical, Apocryphal, Mythical Pagan Copycat. 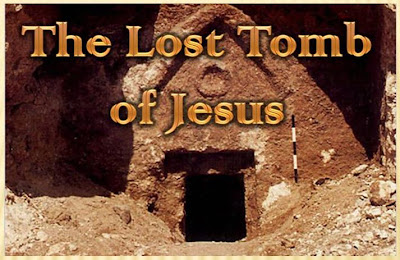 This parsed essay is divided into the following segments:

The documentary revolves around the discovery, in the 1980s, of a tomb that contained 10 ossuaries (bone boxes) that date to circa 2,000 years ago. The site was surveyed by archaeologist Shimon Gibson who also drew the layout plan. The ossuaries where described by L.Y. Rahmani in “A Catalogue of Jewish Ossuaries.” The ossuaries were found in the Talpiot region of Jerusalem, the “Talpiot Tomb,” or “Tomb of Ten Ossuaries,” included the following inscriptions: “It doesn’t get bigger than this. We’ve done our homework; we’ve made the case; and now it’s time for the debate to begin.”(The Discovery Channel, Has the tomb of Jesus Christ been found? (retrieved 3-3-07))

How does the documentary begin? By making this statement,

“Leading scientists and theologians have not reached agreement on the meaning of this archeological discovery and questions remain. We invite viewers to apply their own judgments and interpretive skills.”

Interesting, I thought that we were constantly told that making judgments and interpretations were bad things-but alas.