“2) Atheism is responsible for the greatest crimes in human history”:

Sam Harris makes some interesting points in making reference to the personality cults and dogmatism that were inherent in regimes such as Hitler’s, Stalin’s, Mao’s and Pol Pot’s. He reasonably states, “Auschwitz, the gulag and the killing fields were not examples of what happens when human beings reject religious dogma; they are examples of political, racial and nationalistic dogma run amok.”

Moreover, he actually blames the brutality of people who were atheists on religion:

“2) Atheism is responsible for the greatest crimes in human history”:

Sam Harris makes some interesting points in making reference to the personality cults and dogmatism that were inherent in regimes such as Hitler’s, Stalin’s, Mao’s and Pol Pot’s. He reasonably states, “Auschwitz, the gulag and the killing fields were not examples of what happens when human beings reject religious dogma; they are examples of political, racial and nationalistic dogma run amok.”

Moreover, he actually blames the brutality of people who were atheists on religion:

“People of faith regularly claim that atheism is responsible for some of the most appalling crimes of the 20th century. Although it is true that the regimes of Hitler, Stalin, Mao and Pol Pot were irreligious to varying degrees, they were not especially rational_In many respects, religion was directly culpable even here. Consider the Holocaust: The anti-Semitism that built the Nazi crematoria brick by brick was a direct inheritance from medieval Christianity.”[fn] Sam Harris, An Atheist Manifesto (Dec 7, 2005)
[/fn]

“People often describe the Holocaust as the climax of 2,000 years of Christian mistreatment of Jews. Some invoke the Shoah [Hebrew for catastrophe referring to the Holocaust] as the ultimate reason for Jews not to believe in Jesus. Jewish believer Moishe Rosen challenges that view: ‘The phrase ‘2,000 years of history leading up to the Holocaust’ is more than a reference to past prejudice and persecution. It is an indictment against Christianity that misinterprets Christ’s message and intent. Anyone who gives credence to such an accusation bestows upon Hitler the power to change theology.'”[fn] Compiled by Eliyah Gould, Rich Robinson and Ruth Rosen, The Y’shua Challenge – Answers for those who say Jews can’t believe in Jesus (San Francisco, CA: A Purple Pomegranate Booklet, Purple Pomegranate Productions), p. 21, quoting Moishe Rosen, “Am Yisrael Chai,” Issue, 9:4 (1993), p. 2
[/fn]

These atrocities are made all the worse by the fact that they took place in an era of enlightenment, rational, scientific advancement and were perpetrated mostly by people who rejected religion/theism and embraced atheism/secularism.

In his 30 Worst Atrocities of the 20th Century Matthew White writes:

“We’ve got rich countries and poor countries; industrial and agrarian; big and small. We’ve got people of all colors – white, black, yellow and brown – widely represented among both the slaughterers and the slaughterees. We’ve got Christians, Moslems, Buddhists and Atheists all butchering one another in the name of their various gods or lack thereof. Among the perpetrators, we’ve got political leanings of the left, right and middle; some are monarchies; some are dictatorships and some are even democracies.”[fn] Matthew White, 30 Worst Atrocities of the 20th Century
[/fn]

Sam Harris fails to account for the fact that the innovators of suicide bombings were Buddhists and Communist. The Buddhists, whose worldview is premised upon atheism, were the Kamikaze (“divine wind”).[fn] Josh Baran, Zen Holy War?
[/fn] Buddhists have been engaging in justifying bloody warfare by appealing to their beliefs for centuries as exampled below: 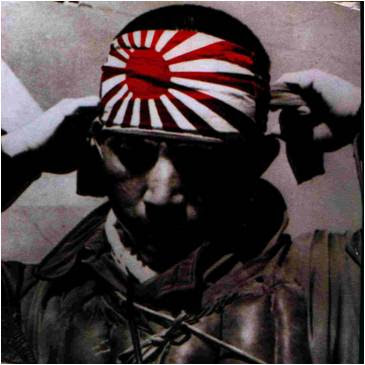 Zen Master Harada Daiun Sogaku stated:
“If ordered to march: tramp, tramp or shoot: bang, bang. This is the manifestation of the highest wisdom of enlightenment. The unity of Zen and war_extends to the farthest reaches of the holy war now under way.”

Shaku Soen, who is considered one of the great “fully enlightened” Zen Masters of our time stated:
“I wished to inspire our valiant soldiers with the ennobling thoughts of the Buddha, so as to enable them to die on the battlefield with confidence that the task in which they are engaged is great and noble. I wish to convince them_that this war is not a mere slaughter of their fellow-beings, but that they are combating an evil_an inevitable step toward the final realization of enlightenment.”

Rinzai Zen Master Nantembo stated that there was “no bodhisattva practice superior to the compassionate taking of life.”

Sawaki Kodo, “also advocated, as did other Zen teachers, that if killing is done without thinking, in a state of no-mind or no-self, then the act is a expression of enlightenment_in 1935, he testified, ‘I was in an absolute sphere, so there was neither affirmation nor negation, neither good nor evil.'”

“This total betrayal of compassion did not just take place during World War II. For six hundred years, one Zen Master bragged, the Rinzai school had been engaged in ‘enhancing military power.’ For centuries, Zen was intimately involved in the way of killing. This is the simple truth.” 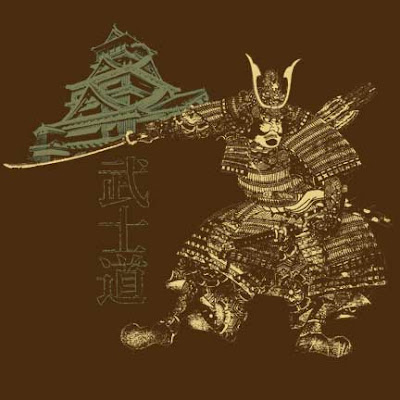 Other resources on Buddhism:
Josh Baran, Zen Holy War? (Book Review – Written for the Buddhist “Tricycle” Magazine. A shortened version of this piece appeared in the May 1998 issue of the magazine)

Mike Maikeru Baker, Militant Buddhists: A look at the Ikko-Ikki (The Samurai Archives) 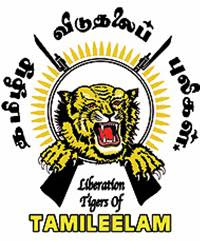 Sam Harris should also consider that a tremendous number of violent acts have nothing whatsoever to do with religion/theism. Some examples are violence committed in the name of: riches, poverty, territory, material goods/resources, politics, racism, emotions, abortion, sexism, science, rage, jealousy, envy, lust, hopelessness, domestic violence, gangs, freedom, and atheism.

A very important point to make here is that both atheists and theists have engaged in oppression and brutality. However, and we will now speak from a Judeo-Christian perspective and not a generic theistic one, when someone calling themselves a Christian does such things they are condemned by the very beliefs that they claim to uphold. In this case, their violation of these beliefs would prove that they are not what they claim to be-“you will know them by their fruits.” However, when an atheist does such things on what basis will they be condemned? The most that atheist can offer are arguments from outrage whereby they claim to be personally against such acts while not providing absolute foundations on which to base those condemnations. When Christians commit such acts they are violate their ethic. When atheists commit such acts they are violating nothing.

Note that Sam Harris was responding to the “myth” that claims that “Atheism is responsible for the greatest crimes in human history,” which it most certainly has been. But, what he is doing is redefining atheism to the point that, for example, no atheists can be dogmatic (and no atheist can be violent). We deal with this point in the next section. For now, we note that Sam Harris has taken it upon himself to determine what an atheist is and what an atheist is not, what an atheist believes and cannot believe, what they can do and cannot do. Moreover, Sam Harris is not the only atheist who has made such dogmatic pronouncements (see my essays that touch upon these issues here and here). Note that Christopher Orlet has made reference to “A sectarian split among atheists.”[fn] Christopher Orlet, “True Unbelievers: A sectarian split among atheists,” Opinion Journal, Wall Street Journal, USA (May 1, 2007 Opinion)
[/fn] And Jay Lindsay wrote, “Atheists are under attack these days for being too militant, for not just disbelieving in religious faith but for trying to eradicate it. And who’s leveling these accusations? Other atheists, it turns out.”[fn] Jay Lindsay, “Atheists split on how to not believe,” AP, via the Nashua Telegraph, USA (Apr. 21, 2007)
[/fn] Moreover, “Some of the strongest criticism of The End of Faith has come from an unexpected quarter – the humanist press.”[fn] Wikipedia, The End of Faith
[/fn] Jean Barker has also pointed out that “atheists criticized him [Sam Harris] for supporting Buddhist meditation.”[fn] Jean E. Barker, Taking on Christians’ Gospel Truth
[/fn] 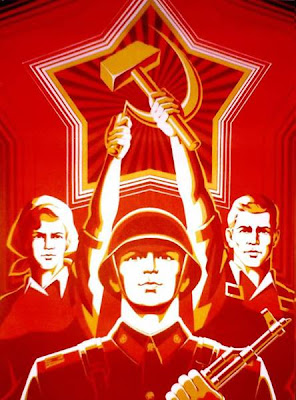 In this section we got a very clear glimpse of just how deeply ensconced Sam Harris is in his self-appointment role as arbiter of all things atheistic. Communists were self-proclaimed atheists, they established atheistic governments upon atheistic premises and thereby pushed their atheistic agendas. But Sam Harris has deemed them unworthy of the title “atheist.” Yet, those atheists chose to be dogmatic (to use Sam Harris’ term) and they chose to form a personality cult (to use Sam Harris’ term). Yet, Sam Harris’ fundamentalism excludes them from being considered true atheists. Against which absolute atheist standard is he judging them? Who appointed him priest, prophet and Pope of atheism? Elsewhere, Sam Harris also acts as the self-appointer arbiter of all things Buddhist.[fn] Sam Harris, Killing the Buddha

Lastly, we must not miss the greater point being made by Sam Harris as he condemns any and all evil of any sort perpetrated by any one – theist or atheist. He does not provide any absolute moral standard by which to condemn any such actions. I part 10 we will see that he presupposes, without the least bit of either proof nor attempt at a proof, that moral intuitions are (at some level) hard-wired.

Ultimately, it is generic and simplistic to merely argue that Christians commit atrocities “in the name of Christ” as it is likewise fallacious to merely claim that regimes such as the Communists acted “in the name of atheism.” It is too simplistic in that it neglects to mention other motivating factors such as those I listed above: politics, resources, territory, etc.