Prof. Richard Dawkins was kind enough to saturate a certain portion of his book with un-contextual, misinterpretations and misapplications of the Bible:

Prof. Richard Dawkins was kind enough to saturate a certain portion of his book with un-contextual, misinterpretations and misapplications of the Bible:

This coming from the man who thinks that Prof. John Hartung is too blunt. Setting aside Prof. Richard Dawkins’ vociferous cacophony of condescension any true believer will mourn for him. This is because if Prof. Richard Dawkins really feels this way about God why would God force him to spend eternity in heaven with Him? Considering Prof. Richard Dawkins’ lazy scholarship we presume to assume that most, if not all, of these besmirchments are based on his misunderstandings and lack of basic discernment. 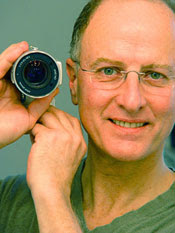 Prof. Richard Dawkins is perplexed as to how we go about reading and understanding the Bible. For example, he asks “By what criterion do you decide which passages are symbolic, which literal?”[fn] Ibid., p. 247
[/fn] When we read a text with the purpose of understanding it rather than in order to a priori discredit it this is not a very difficult task. It is nothing less than astonishing that on a daily basis we constantly deal with symbolic, parabolic, metaphoric, proverbial language both spoken and written without the slightest second thought. But when people such as Prof. Richard Dawkins begin to read the Bible all common sense, all basic discernment, all knowledge of linguistics, literary devises, modes of speech, etc. suddenly disappear and all that is left is cynical, pessimistic emotionalism.

Let us now get a taste of Prof. Richard Dawkins’ scholarly acumen as he makes his comments and refers to the above mentioned anesthesiologist’s article published in Skeptic magazine (Vol. 3, No. 4, 1995):

“Before leaving the Bible I need to call attention to one particularly unpalatable aspect of its ethical teaching. Christians seldom realise that much of the moral consideration for others which is apparently promoted by both the Old and New Testaments was originally intended to apply only to a narrowly defined in-group. ‘Love thy neighbour’ didn’t mean what we now thing it means. It meant only ‘love another Jew’_all those commandments that make reference to ‘thy neighbour’ are equally exclusive. ‘Neighbour’ means ‘fellow Jew.'”[fn] Ibid., p. 254
[/fn] 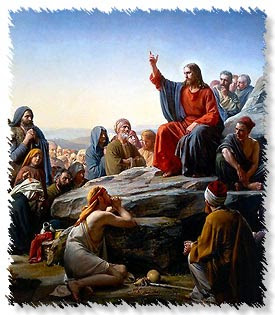 In Acts 17:10-11 the Bereans are considered more noble, or fair minded, than the Thessalonians because they not only heard Paul’s teaching but checked the scripture every day to see if what he claimed was accurate. But we have just seen that the verse implies just what they infer. However, a careful researcher will not simply open the Bible read one verse and close it since that would mean making ginormous assumptions based on scant evidence. Nay, one ought to consider the context: historical, cultural, grammatical, etc. In this case one would keep reading the text/paragraph from which the verse was wrenched and would find that Leviticus 19:33-34 states, “And if a stranger dwells with you in your land, you shall not mistreat him. The stranger who dwells among you shall be to you as one born among you, and you shall love him as yourself; for you were strangers in the land of Egypt: I am the LORD your God.” A stranger is as one born among you, and you shall love him as yourself.

The Old Testament provides further reason for being empathetic towards the “strangers”:

What of the Moabite Ruth? This gentile and woman is the center character in the book of the Old Testament that bears her name. Racism and male chauvinism?

“Hartung puts it more bluntly than I dare: ‘Jesus would have turned in his grave if he had known that Paul would be taking his plans to the pigs.'”[fn] Ibid., p. 257
[/fn]

But what is this about Jesus turning in His grave (a sideswipe at Christianity’s core doctrine-the resurrection) because Paul took the gospel to “the pigs” the non-Jews? Jesus’ mission was initially aimed at His fellow Jews but even then gentiles were included in His ministering. Eventually, and long before Paul, Jesus augmented His missions so that it would specifically include gentiles. The Temple, the Jewish Temple, in which Jesus worshipped included a portion specifically dedicated for gentiles to worship the God of Abraham, Isaac and Jacob (see John 10:23, Act 3:11, 5:12). The Old Testament is replete with references to God’s outreach to gentiles: one such example reads as follows,

“Even them I will bring to My holy mountain, And make them joyful in My house of prayer. Their burnt offerings and their sacrifices Will be accepted on My altar; For My house shall be called a house of prayer for all nations” (Isaiah 56:7 which is quoted in Mark 11:17). 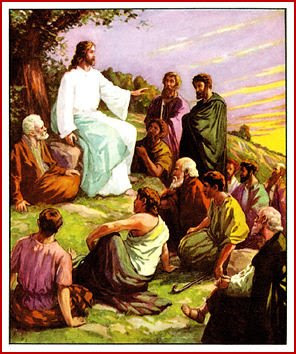 Jesus told the apostles to, “Go therefore and make disciples of all the nations, baptizing them in the name of the Father and of the Son and of the Holy Spirit” (Matthew 28:19).

The New Testament succinctly summarizes the whole of Biblical teaching regarding Jews and gentiles-all nations:

“And He has made from one blood every nation of men to dwell on all the face of the earth, and has determined their preappointed times and the boundaries of their dwellings, so that they should seek the Lord, in the hope that they might grope for Him and find Him, though He is not far from each one of us; for in Him we live and move and have our being, as also some of your own poets have said, ‘For we are also His offspring'” (Acts 17:26-28).

3 thoughts on “Richard Dawkins : Planting God More Firmly on His Throne, part 3 of 10”