Rev. Dr. Mel White writes, “There are just six or seven verses out of the Bible’s million verses that refer to same-sex behavior in any way.”

Rev. Dr. Mel White writes, “There are just six or seven verses out of the Bible’s million verses that refer to same-sex behavior in any way.”

One thing that instantly comes to mind is the question, “How many times does God have to say something before we will believe it and obey it?” But let us follow Rev. Dr. Mel White’s reasoning and ask the following question, “How many times does the Bible state ‘You shall not murder’?”
The answer is three.
Exodus 20:13 and two instances where this text is quoted: namely Matthew 5:21 and Matthew 19:18. Shall we disregard this commandment because it is so seldom reiterated?
What about the commandment against stealing?
Five times.
Exodus 20:15; Leviticus 19:11; Deuteronomy 5:19 plus two reiterations, Matthew 19:18 and Romans 13:9.
Thus, the Bible refers to same-sex behavior more than it commands us not to murder or steal.

Rev. Dr. Mel White writes, “I’m certain that you don’t agree with the Bible on a lot of its teaching about sex. And you shouldn’t. The Bible says clearly that…concubines for the king (acceptable), in Solomon’s case, the wisest king of all, 1,000 concubines (acceptable)…seeing your parents nude (definitely not acceptable).” 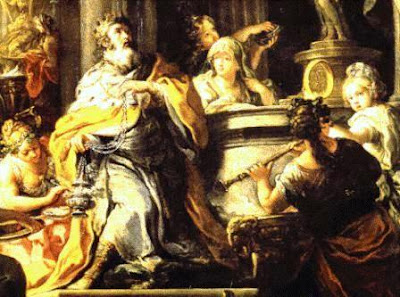 Rev. Dr. Mel White’s statement is meant to be understood as a claim about something that the Bible said and whether the Bible proclaimed the action acceptable or not. His premise is that there are biblical teachings with which we should not agree. Why seeing your parents nude is included by him as a teaching that we ought to disregard is puzzling indeed. As for the case of Solomon, we first note that Rev. Dr. Mel White offers no citations which makes it difficult for some people, particularly those not familiar with the Bible, to double check his claims.

We should also note that Solomon did not have “1,000 concubines,” the Bible very clearly states, “King Solomon loved many foreign women…he had seven hundred wives, princesses, and three hundred concubines” (1st Kings 11:1, 3). Not 1,000 concubines but 300, the point is not that 300 is acceptable but that it is not difficult to accurately portray what the Bible actually says.

Moreover, there is no biblical text that states that concubines are acceptable for the king and in fact what the Bible does state is, “You shall set a king over you…” after mentioning some things that Israeli kings are not to do we learn, “Nor shall he multiply wives to himself” (Deuteronomy 17:15, 17). The fact is that while Solomon and other kings had many wives and many concubines they were actually breaking the Law when they did so.

Thus, what ought to be disregarded are not the Bible’s teachings on sexuality but rather, Rev. Dr. Mel White’s misrepresentation of the Bible. He claims that the Bible calls acceptable that which the Bible actually calls unacceptable and then tells us that we ought to consider it unacceptable, which is what the Bible teaches in the first place.