The premise is the issue of what used to be termed multiple personality disorder and is now known as dissociative identity disorder. The movie rightly notes that this is quite the controversial issue within psychology and psychiatry with most professionals in that field concluding that there really is no such thing as actual multiple personalities which may be why they prefer to opt for dissociative identities. 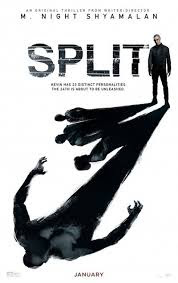 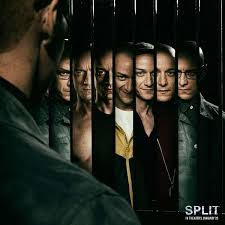 Within the movie Split, Betty Buckley’s character Dr. Karen Fletcher argues in favor of the reality of DID and claims that it is the next step in human evolution. She also speculates that DID may explain our experience with the supernatural and there is a plot point about “The Beast” which I will leave at that for the sake of not spoiling it.

Now, were live in an era wherein we are not quite pleased enough to deconstruct ethics and truth but have actually begun to deconstruct ourselves. Within that context, a cauldron mixture of transhumanism, occultism and evolution result in the claim that gender is a social construct (see my lecture on this issue). Thus, or so we are all but required to conclude, gender fluidity is settled science since DNA, biology, genetics, etc. are no way to determine truthful facts but perception is king: subjective, tentative, intrinsic, personal opinion shall be the whole of the law.

The point is that the claim is that perception literally molds reality and in fact, actual factual reality must be denied and perception must be accepted even if and especially when perception contradicts reality.

This is where LGBTQIAP+ gender issues correlate with the movie as Dr. Fletcher insists that even though 23 personalities inhabit the one single body of the James McAvoy character each has the ability to effect reality. For example, one personality is diabetic and the others are not, one can have high cholesterol and the others not, etc. The point is just what I have been elucidating which is that the next step in human evolution is that perception literally molds and shapes reality. Moreover, the claim is not solely that it does so not only in an abstract manner such as having an idea and carrying a plan out into an action but that the idea itself has the intrinsic power to do the job.

Such, in fact, has been the traditional definition of magick when referring to actual, true and serious occultism. Our rebellion against God has reached the point at which we claim that “In the beginning, we re-created the heavens and the Earth.”

Here are some clips from the movie: the movie is actually framed much better than these clips imply, it is just that whoever posted it on YT used some sort of zoom in feature.