Sex and religion are nothing new: there is the ancient temple prostitution (alive today via Atheists urging conversion to their religion via the assertion that there is no sin and the only purpose is to reproduce), there are the gurus of various sorts who conveniently receive revelation to have many wives or otherwise have sex at will, Paganism and occultism (by any other name) is all about sex (and blood).

Thus, it is not surprising, at least not as surprising as it would have been a mere few years ago, that a religion is literally being established around any of the chosen lifestyles denoted by the term LGBTQIAP+ (incidentally, see Why I use “LGBTQP”).

Sex is such a very important aspect of the human experience, on very many levels, that God, who invented sex in the first place, would have been neglectful if He had given us not guidance regarding it.
Fallen human nature being what it is, we have sought every conceivable manner whereby to rebel against God by violating His design for sex: which includes marriage, family, society, etc.

The world is in such a rage mode of rebellion against God that we have sought to deconstruct ethics, to deconstruct family, to deconstruct truth and thus reality itself and now we are at such a fever pitch that we seek to deconstruct our very selves. This comes in various forms which, particularly with modern technology, includes radical reconstructive surgery in order to make oneself look like that which they please: from one gender to another, to looking like felines and dragons, to the future postgendersism (the “P” in the acronym) which denotes going beyond the gender binary and into well, whatever one wills—both genders combined (hermaphrodite) or new genders all together (not mere self-identity but actual physical transformations).

The issue is that such rebellion against God’s is being made a sacrament often in militant activist organizations which call themselves “churches.”

Canonizing LGBTQIAP+ lifestyle activities is nothing new. For example, the Greeks had their ceremonial homosexuality and as homosexual activist Harvey Fierstein put it (“The Culture of Disease,” The New York Times, July 31, 2003 AD), “we now have a generation embracing AIDS as its gay birthright…Many of our young men see infection as a right of passage [sic. he means “rite”], an inevitable coming of age. I hear of them seeking the disease as entree into the cool, queer inner circle that being negative denies them” (see my book In Consideration of Rev. Dr. Mel White on Christian Homosexuality for the fuller quote and related issue).

A couple of news items elucidate how LGBTQIAP+ is being turned into a neo sacrament—the headlines alone speak for themselves.

Of interest may be the case of “Bishop” Gene Robinson who is a hero of the LGBTQIAP+ movement because, well, because he destroyed his family by breaking his marriage vows, abandoned his wife, left his children living out of a suitcase, got married to a man and then abandoned him as well—all while being a “Bishop” mind you.

Transgender faithful incorporate theology, ritual in their transitions, “A vicar of the Church of England in May proposed that leadership approve a new service celebrating the name change of church members who have transitioned. The Evangelical Lutheran Church in America ordained its first openly transgender minister in 2014. The Episcopal Church approved the ordination of transgender clergy in 2012.”

Tu B’Av ritual to celebrate transgender transition, the instructions of the Tu B’Av Jewish holiday ritual by Rabbi Jacob Lieberman read, “This can be lead by either a transgender or non-transgender ritual leader, but has been written with inclusive pronouns such as ‘ours’ or ‘ourselves’ in the hopes that this linguistic move will not ‘other’ the transitioning individual(s). If the leader is not comfortable with this, in the appropriate places, s/he might like to use ‘their’ or ‘themselves’ instead.”

Transgender Religious Naming Ceremonies, “Some children are given new Christian names at confirmation and then will go by that name from that point on…in the Hebrew and Christian Scriptures names would change as the person was transformed and embraced their true identity…Today, we are celebrating the adoption of a new name that reflects a truth that has been hidden but is now revealed.”

Now literal temple shrines are being established in order to literally worship icons of rebellion against God.

New York Times Celebrates Oscar Wilde as a “Deity” and “Martyr” of the Gay Religion, “a nominally Methodist church in Manhattan – albeit one with the motto ‘A Progressive and Radically Inclusive Expression of God’s Grace’” has erected “a ‘shrine’ to the Irish author Oscar Wilde as a ‘martyr of gay rights’…portrayed as a ‘deity.’”
Peter McGough stated, “I always loved Oscar Wilde…He’s the deity of the religion.”
Others canonized personages include Brandon Teena, Harvey Milk, and Alan Turing, “martyrs of the liberation movement” as “Rev.” Jeff Wells put it, along with a chapel devoted to AIDS. Wells added, “Plus, it’s not bad publicity for the church”—in order words, LGBTQIAP+ personages are just pawns.

For This Artist Duo, a Third Act: A Shrine to Oscar Wilde, “David McDermott and Peter McGough rose to art-world fame in the 1980s as boyfriends…McGough nearly died of complications from AIDS…McDermott [is] facing health issues of his own. Their new project, the ‘Oscar Wilde Temple’” depict Wilde in Jesus’ stations of the cross-like motif which are being termed “martyr paintings.”
“They depict Wilde undergoing the Stations of the Cross, complete with gilded halo, in the style of a Victorian police gazette.”

Beyond turning LGBTQIAP+ chosen lifestyles into a theology, I would imagine that this will lead to further litigious issues as the next step will be to not only claim special protections under “hate crime” laws but such lifestyles will now be protected as falling under the “freedom of religious expression.”

In his Parable of the Madman Friedrich Nietzsche depicted those who have murdered God as pondering, “What festivals of atonement, what sacred games shall we have to invent? Is not the greatness of this deed too great for us? Must we ourselves not become gods simply to appear worthy of it?”

Well, the God of LGBTQIAP+ism is a god made in their own image and they are hard at work inventing festivals of atonement (or actually, are denying that any sort of atonement is required), they are playing sacred games in inventing affirming rituals and they are literally becoming their own gods simply to appear worthy of it “the deity of the religion.”

The reply from Judeo-Christian Bible believers must be grace, love and prayer. 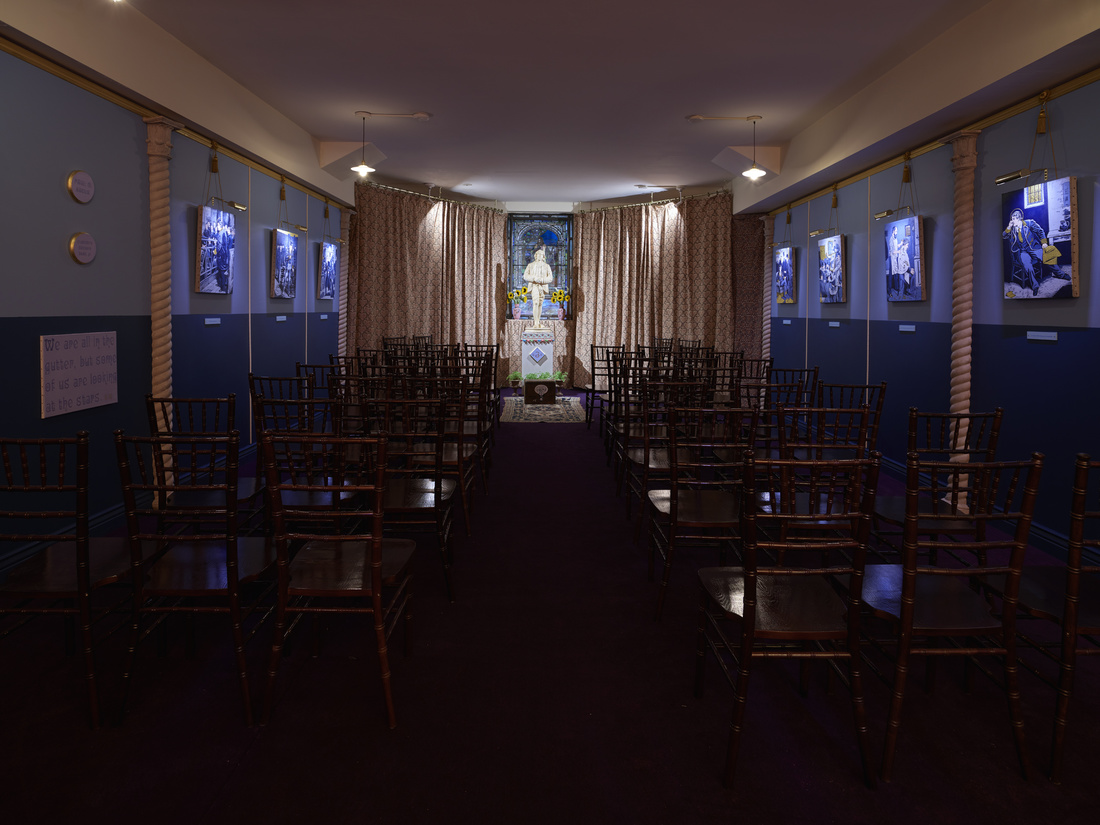 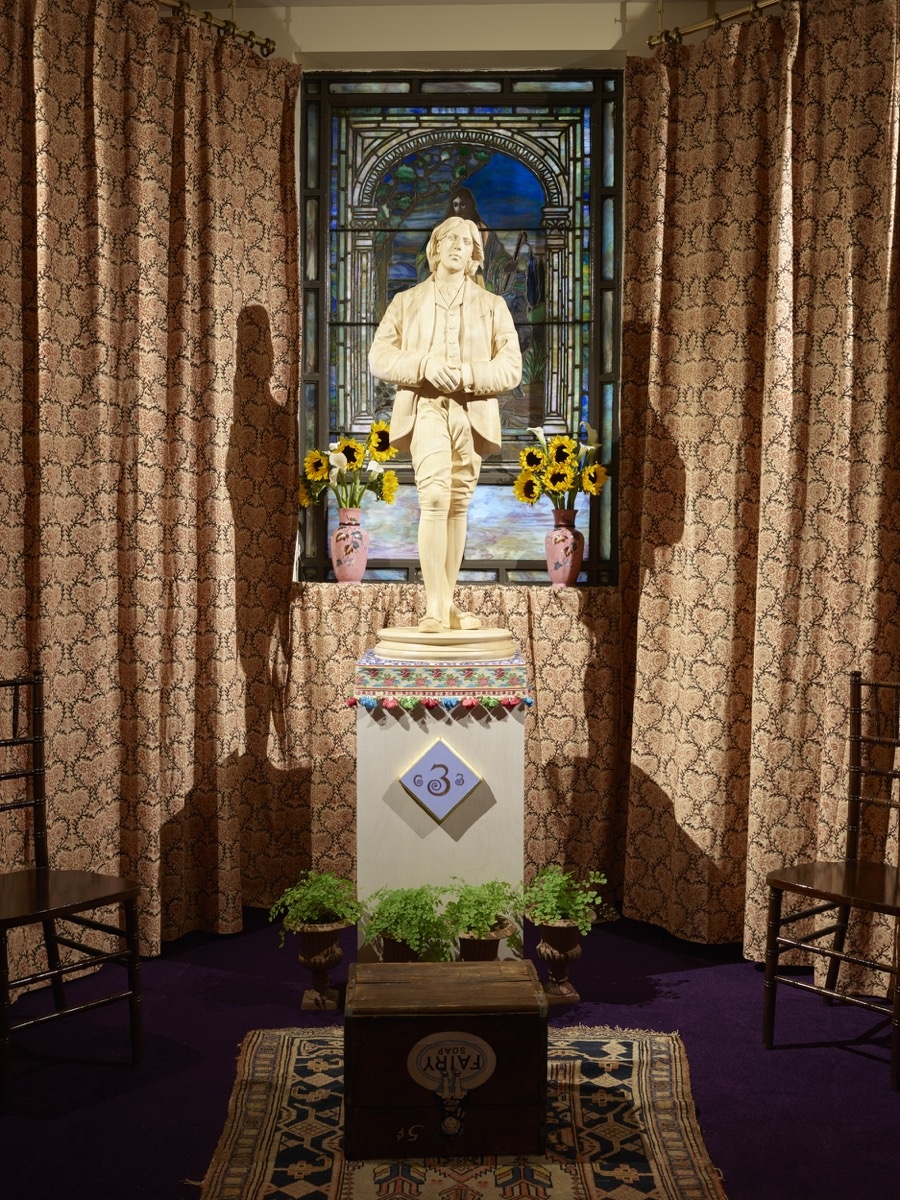 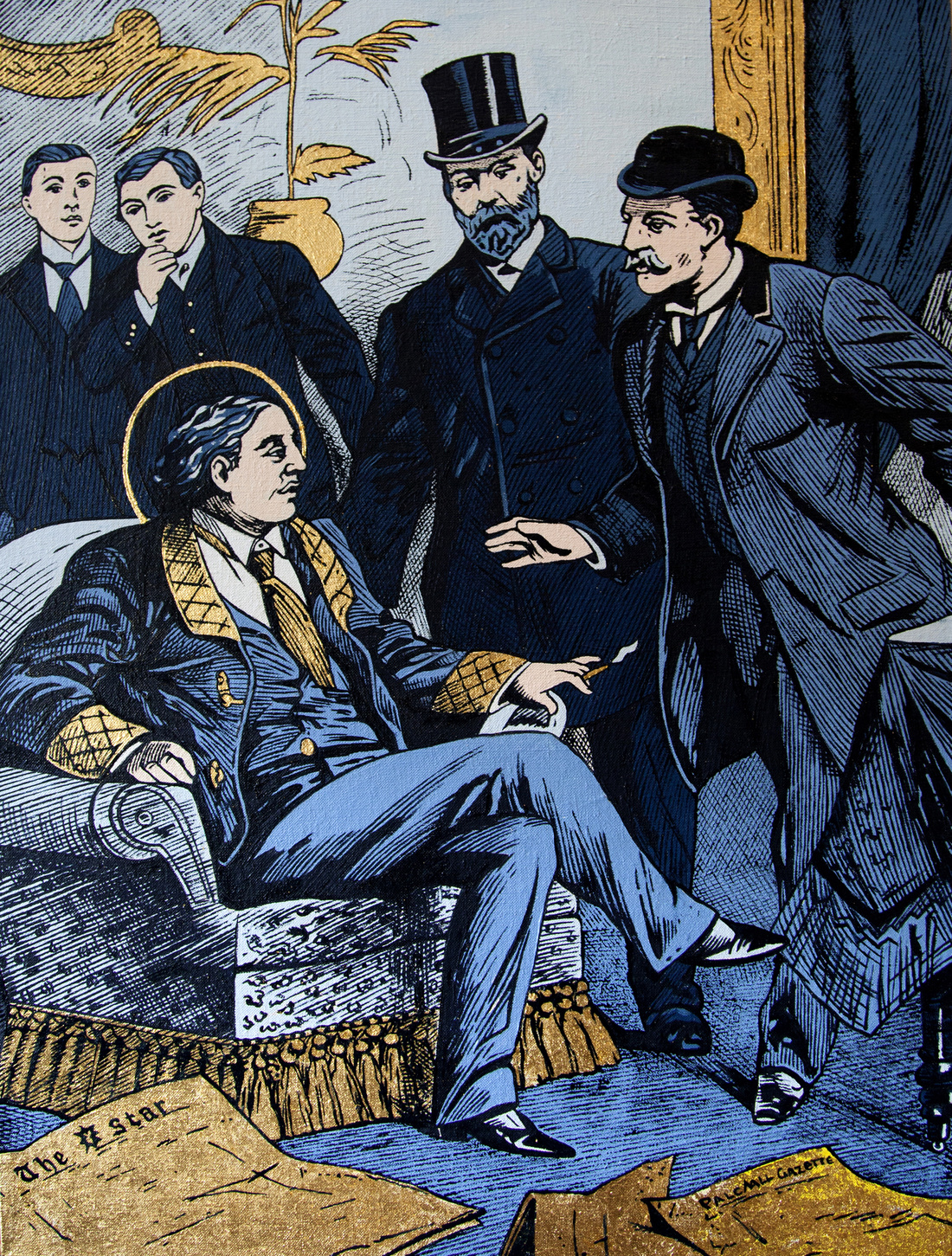 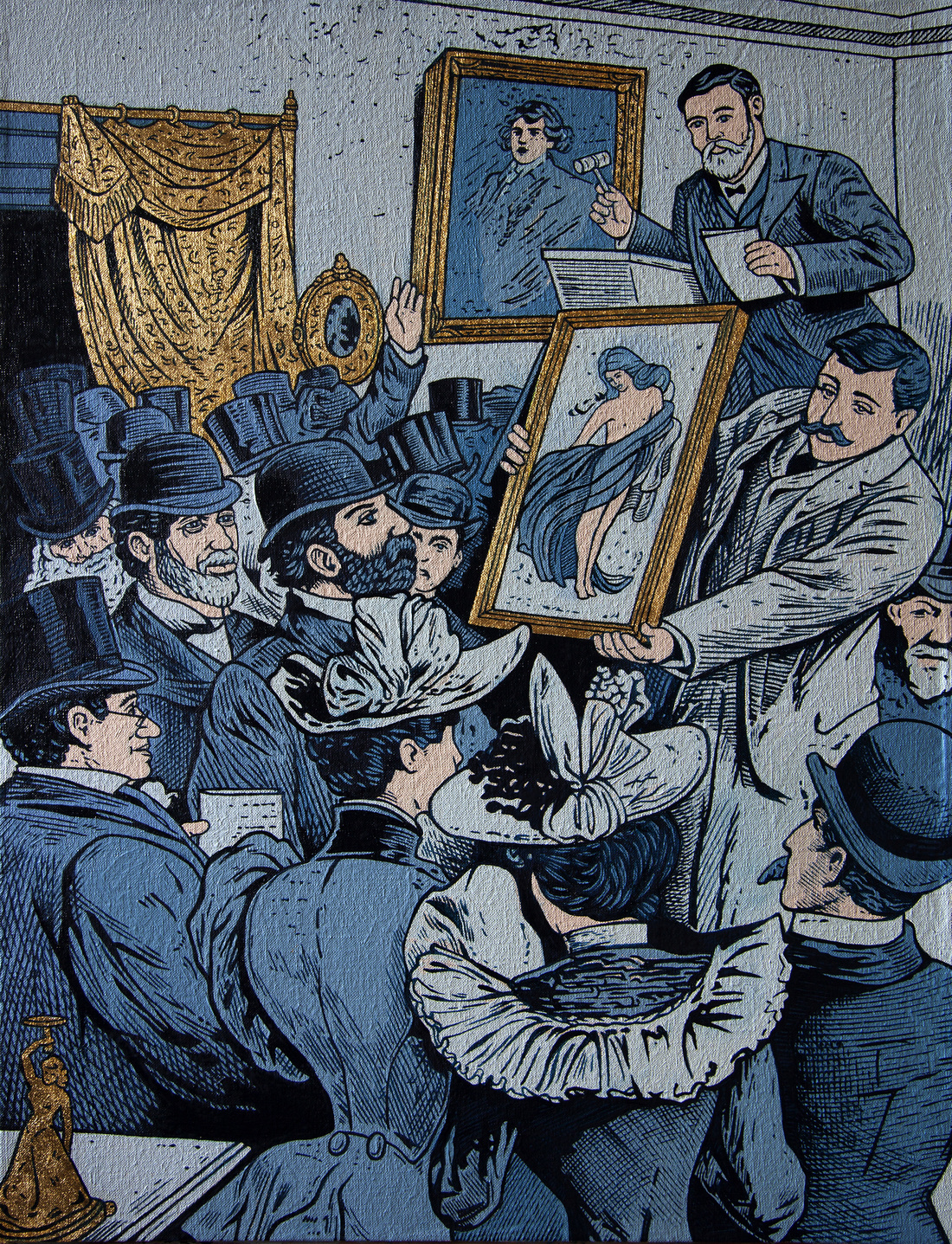 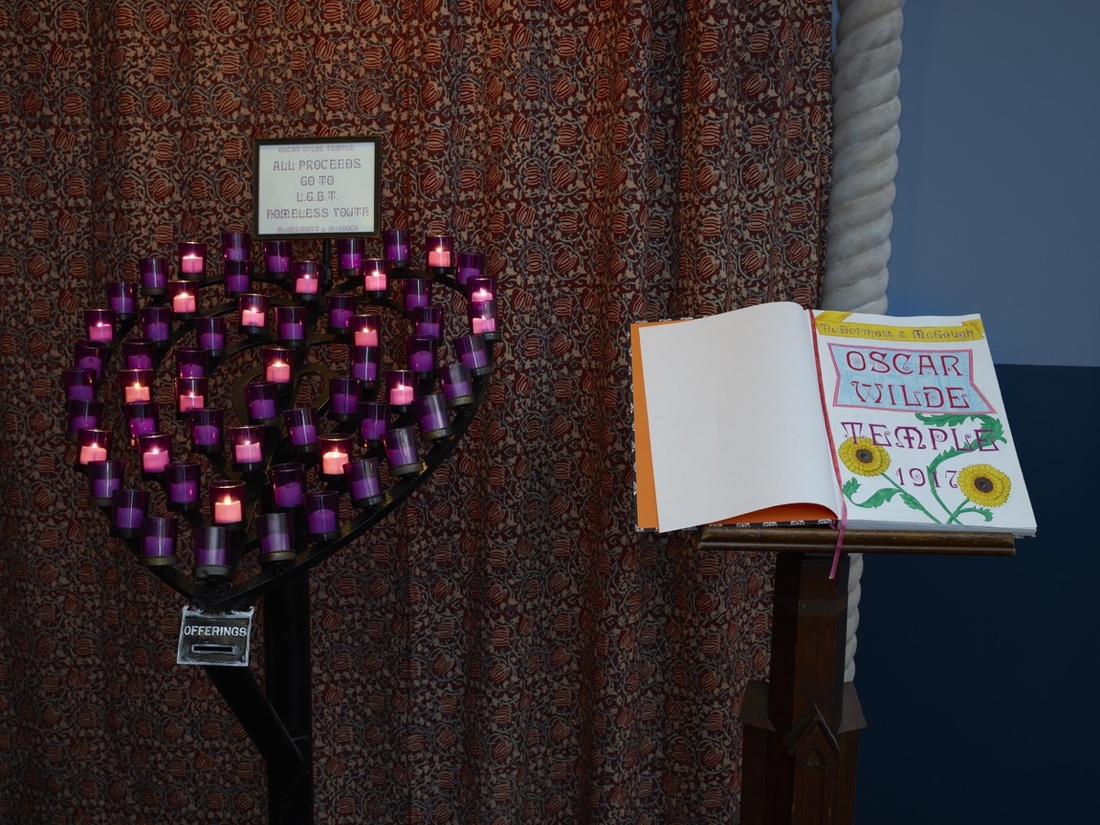 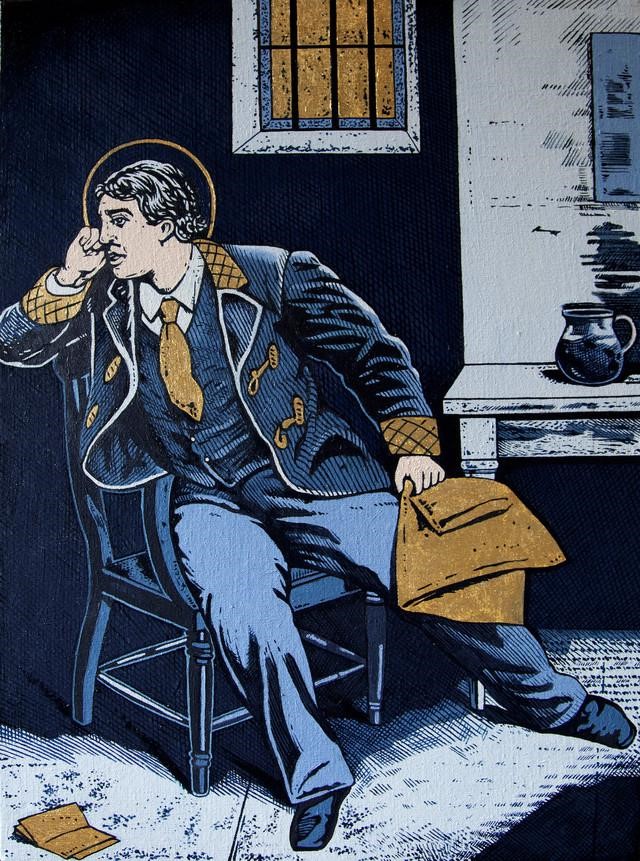 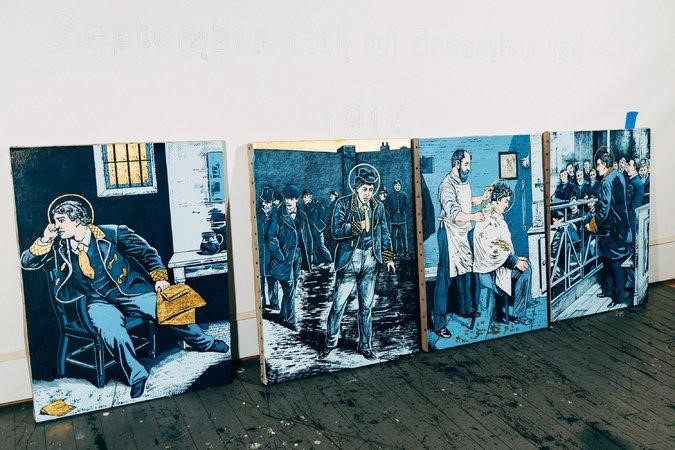 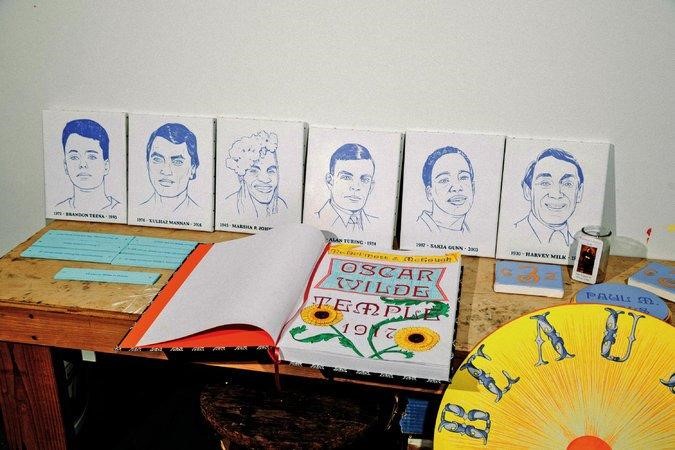