This parsed essay will serve as True Freethinker’s basic introduction to the concept of natural theology, or general revelation.

This parsed essay will serve as True Freethinker’s basic introduction to the concept of natural theology, or general revelation. We will consider that it may be utilized as a tool with which to not only infer certain attributes of what brought the universe into existence but also how to exclude alternate claims which do not meet the criteria.

Natural Theology / General Revelation
Many atheists exhibit a lack of knowledge of the very theism against which they most often, if not exclusively, argue-the Bible’s Judeo-Christianity. Worse yet, they think that they are well versed by claiming that they were “raised Christian” (whatever that means), “went to Sunday School,” “was an altar boy,” “saw the movie (hyperbole intended),” etc.
I am not one to claim that you must be a theologian to speak on, or against, Christianity nor a scholar to speak on, or against, the Bible. That is to be reserved for scholarly settings. Yet, one ought to be at least somewhat versed on the subject that one seeks to critique and be skeptical enough to double check both what one is being told as well as one’s own positions.
I find that many atheists not only lack knowledge of Christian theology and the contents and contexts of the Bible but lack a basic understanding of natural theology / general revelation, which seeks to infer the cause of the universe from nature (nature not meaning biosphere alone but the universe as a whole).
Take a lack of knowledge of natural theology / general revelation – add to it a lack knowledge of Christian theology and the contents of the Bible – mix that with a typically early age rejection of Christianity – blend it with the early, Sunday School, age understanding of theology – and finally bake it in the presuppositional oven of self-professed erudition and what do we end up with?
We end up with atheists seriously arguing that the concept of God as postulated by Christian theology is on a par with postulating the existence of imaginary friends, fairies, celestial teapots, sky daddies or Flying Spaghetti Monster and Invisible Pink Unicorns. 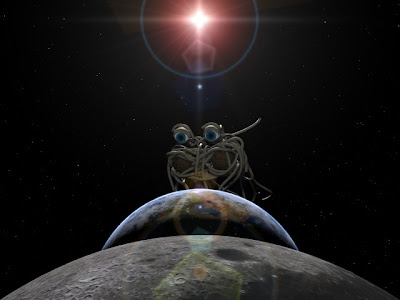 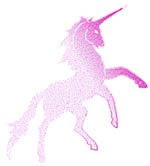 13 thoughts on “On the Flying Spaghetti Monster, the Invisible Pink Unicorns, et al., part 1 of 4”