The Talmud-Megillah 13a states,
Whoever repudiates idolatry is accounted a Jew.

The Halakah-Jewish Religious Law:
Let us now consider the teaching of the law which the authors quoted in part 1 claim to uphold and live by:

The Talmud-Megillah 13a states,
Whoever repudiates idolatry is accounted a Jew.

The Halakah-Jewish Religious Law:
Let us now consider the teaching of the law which the authors quoted in part 1 claim to uphold and live by:

In Jewish religious law, it is technically impossible for a Jew (born to a Jewish mother or properly converted to Judaism) to change his religion. Even though a Jew undergoes the rites of admission to another religious faith and formally renounces the Jewish religion he remains-as far as the Halakah is concerned-a Jew, albeit a sinner (Sanh. 44a)…For the born Jew, Judaism is not a matter of choice…in the technical halakhic sense, apostasy is impossible.

In the above footnote “Sanh. 44a” refers to the Talmud-Sanhedrin 44a which states,

Israel hath sinned. R. Abba b. Zabda said: Even though [the people] have sinned, they are still [called] “Israel”.(1) R. Abba said: Thus people say, A myrtle, though it stands among reeds, is still a myrtle, and it is so called.

“Israel is the name of honor for the people when faithful to God.” Thus, a sinning Jew is still a Jew.

I have no problem being called a sinner by the Jewish community yet, as we saw here, Jewish law has no problem calling me a Jew. The main point is that according to Jewish Law a person born Jewish is always Jewish however, by “cutting us off” individual Jews chose to act and speak against their own Jewish law, which they claim to uphold and admit, is still binding.

Israel’s Deputy Minister of Religious Services, Rabbi Eli Ben-Dahan, stated this of the Karaites (Jews who reject the authority of the Rabinate, the Orthodox, the Talmud, etc.), “They say they are Jews, and according to our religious law they are Jews” (Isabel Kershner, “New Generation of Jewish Sect Takes Up Struggle to Protect Place in Modern Israel,” New York Times, September 4, 2013). 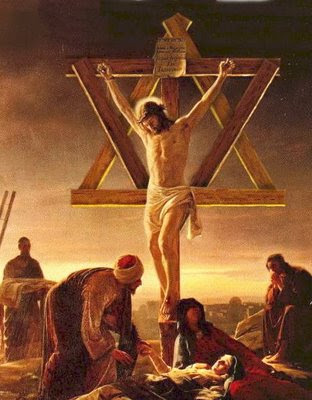 Again we see an affirmation that a Jew remains a Jew and the interesting admission that it is not Jewish law that proclaims a converted Jew as no longer Jewish, but the Jewish consciousness or psychology. As I can personally attest to, Jews do not hesitate to state that Jewish-Christians are no longer Jewish. Now, note carefully that a convert (away from Judaism, in this discussion a Jewish-Christian) is identified as “a converted Jew is regarded solely as a transgressor of the Jewish religious law.” What is the term for a Jew who, in clear violation of Jewish law, claims that a convert is no longer Jewish?

According to Jewish law, the apostate remains a Jew, albeit a sinner, and no formal ceremony is required if he returns to Judaism. Nevertheless, for psychological reasons a ceremony was sometimes considered desirable, prayers for the occasion figuring in some modern rituals.[fn]Geoffrey Wigoder, D. Phil., ed. in chief, new revised ed., Cecil Roth, B. Litt., M.A., D. Phil., ed. in chief first ed., The New Standard Jewish Encyclopedia (New York: Facts on File, Inc., 1992 7th ed., 1959 1st ed.)
[/fn]

A Concise Encyclopedia of Judaism states,

Traditionally an apostate remains a Jew, although he is viewed as a sinner; no formal ceremony is required if such a person returns to the Jewish faith.[fn]Dan Cohn-Sherbok, A Concise Encyclopedia of Judaism (Oxford, England: Oneworld Publications, 1998)
[/fn]

The Encyclopedia of Judaism,

There are halakhic discussions as to whether a Jew who once converted, and who now wishes to return to the fold, need perform any symbolic act-such as immersion in a ritual bath (mikveh) before resuming his former status (although, halakhically , a Jew who converts still remains a Jew).[fn]Geoffrey Wigoder, ed. in chief, The Encyclopedia of Judaism (New York: Macmillan Publishing Co., and Jerusalem: The Jerusalem Publishing House, Ltd., 1989)
[/fn]

A Popular Dictionary of Judaism,

According to Jewish Law, an apostate is still counted among the Jewish community-he can, for example, contract a Jewish marriage. However under the Law of Return, apostate Jews may not become citizens of the state of Israel.[fn]Lavinia and Dan Cohn-Sherbok, A Popular Dictionary of Judaism (Surrey, TW9 2QA: Curzon Press, 1995)
[/fn]

The Oxford Dictionary of the Jewish Religion,

The status of apostates in religious law was frequently discussed in rabbinic literature; for example, whether a penitent apostate required a ceremony of readmission to Judaism…An apostate (Heb. meshummad or mumar), although a sinner, is still regarded essentially as a Jew; however, that person loses certain rights and privileges of an Israelite and is disqualified from giving testimony or performing ritual slaughter.[fn]R. J. Zwi Werblowsky and Geoffrey Wigoder, eds. in chief, The Oxford Dictionary of the Jewish Religion (New York/Oxford: Oxford University Press, 1997)
[/fn]

For example, Rabbi Harry A. Cohen’s,

One ceases to be a Jew when he adopts another religion.(1) Yet he can become a Jew again by renouncing the religion he had adopted and accepting the Jewish faith again. According to Jewish law, no ceremony of conversion is necessary, but there must be a ritual immersion, under the direction of a Jewish court [three persons, at least one of whom is a Rabbi].[fn]Rabbi Harry A. Cohen, PH. D., A Basic Jewish Encyclopedia; Jewish Teachings and Practices Listed and Interpreted in the Order of Their Importance Today (Hartford, Conn.: Hartmore House Inc., 1965), p. 37 [/fn]

One ceases to be a Jew when he adopts another religion: Rabbi Yosef Dov Soloveichik (Hatzofeh, December 6, 1962), “He has severed himself and his descendants from the Jewish community”; Rabbi Yehezkel Landau (Derushay Hatzelah, Warsaw 1897, p. 37a), “He has left the (Jewish) community and he is not called a Jew.” See “The Law Regarding Apostates” by Rabbi Simon Federbush (Hatzofeh, April 19 and 26, 1963­) citing the Talmud, Maimonides, and other authorities, “A Jew who adopts another religion is not called a Jew.”

Obviously, the above quote contradicts the previous quotes which all alluded to Jewish Law. We have learned from the previous quotes that Jewish law still accepts the apostate as Jewish. Reference has been made to the Talmud which to orthodox Judaism is as authoritative as the written word of God-the Tanakh.

Thus, it appears that the opinions to the contrary are the sorts that are stated due to dislike, consciousness, psychology and view. We must empathize with the emotional response to apostasy, after all orthodox Christianity rightfully does not regard as any longer Christian: Jehovah’s Witnesses, Christian Science, Mormonism and Seventh Day Adventism (arguably some Adventists are more orthodox than others), et al.
Yet, while people are born Jewish, no one is ever born Christian. Christianity is not a people group and thus, can be abandoned. But a born Jew is a Jew is a Jew. As we now know the Talmud states at Sanhedrin 44a that Israel hath sinned and even though the people have sinned, they are still called Israel and that Israel is the name of honor for the people when faithful to God and so a sinning Jew is still a Jew.