In keeping with my recent musings about the physical resurrection I ran across another interesting two part article.

I initially wrote on the physical resurrection as a response to The Baha’i Faith:
Physical Resurrection

Then I considered the question of whether Paul did not believe in the physical resurrection:

In keeping with my recent musings about the physical resurrection I ran across another interesting two part article.

I initially wrote on the physical resurrection as a response to The Baha’i Faith:
Physical Resurrection

Then I considered the question of whether Paul did not believe in the physical resurrection:
Flesh and Blood or Spirit? On the Resurrection: the Natural Body and the Spiritual Body

This time I will reproduce Dr. Steven Tsoukalas’ two articles on the physical resurrection in which he answers various objections which, in this case, are made by Jehovah’s Witnesses (which I wrote about here and here).

Jehovah’s Witnesses (JWs) deny the bodily resurrection of Jesus Christ. They believe that Jesus was crucified on an upright pole (“torture stake”), and that He died and was buried in a tomb. Sometime during the three days Jehovah God disposed of Jesus’ body. It was forever gone. Jesus was then raised as a spirit creature. To explain the bodily appearances of Jesus after his “resurrection,” JWs teach that Jehovah God fashioned different bodies for Jesus that were made to resemble His body when He walked the earth. Thus Jesus “materialized” different bodies. Finally, after appearing to His disciples as recorded in the Books of Acts, Jesus ascended to the right hand of the Father as a spirit creature.

To substantiate the doctrine that Jesus’ original body was not raised, that He was raised as a spirit creature, and that He was given different bodies resembling the original, JWs appeal to (1) certain scripture verses they believe teach He was not raised bodily, and (2) the “they did not recognize Him” argument. Before we examine these two categories, let’s first state the Christian position. 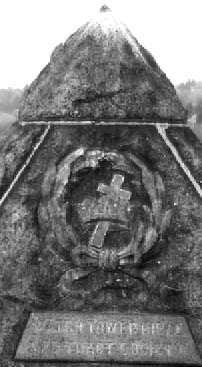 The Bible teaches that Jesus’ body, the one He possessed when He walked the earth as God the Son, was raised from the dead.
John 2:19-21. “Jesus answered and said to them, ‘Destroy this temple, and in three days I will raise it up.’ The Jews therefore said, ‘It took forty-six years to build this temple, and will You raise it up in three days?’ But he was speaking of the temple of His body.” This last verse is quite important, as the apostle John himself interprets what Jesus meant by “temple.” John states that it was “the temple of His body.” Note the pronoun “His.” It was His body. Thus, His body was raised. But JWs deny that it was His body. Rather, they teach that Jehovah disposed of Jesus’ body. In other words, JWs state that it was not His body that was raised. When sharing with JWs, you can ask them to read this passage from their own translation. While they read, pray for them. Make it clear that what they have been taught is contrary to the Bible, and ask them to put faith in Christ’s true resurrection.

John 20:24-27. In this passage Thomas doubts that the other disciples saw Jesus after His resurrection. Jesus then appears to them and states to Thomas, “Reach here your finger, and see My hands; and reach here your hand, and put it into My side” (v. 27). This is further scriptural proof of Jesus’ bodily resurrection. It is very important to note here that the JWs interpret this passage to mean that Jesus received from Jehovah a different materialized body, that it was not Jesus’ original body. This is why it is important to start with John 2:19-21 and then move to this passage. This same method applies to our next passage proving Jesus’ bodily resurrection.

Luke 24:36-39. Here Jesus appears in the midst of the disciples, but they were frightened, thinking they were seeing a spirit. Jesus then comforts them: “See My hands and My feet, that it is I Myself; touch Me and see, for a spirit does not have flesh and bones as you see that I have” (v. 39). 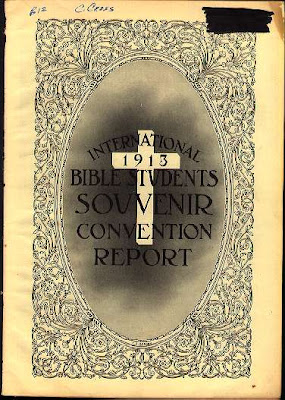 We begin with the first of the two categories of counter-arguments of JWs mentioned earlier, and follow with a Christian answer to the arguments.
1 Corinthians 15:50. In this verse the apostle Paul states, “Flesh and blood cannot inherit the kingdom of God.” This perhaps is the most popular verse that JWs use to substantiate their view that Jesus was not raised bodily from the dead. At first glance this seems to be an overwhelming refutation of the Christian position. But is it?

JWs usually leave out the remainder of the verse: “Nor does the perishable inherit the imperishable.” This provides the key to understanding the first part of this verse so often cited by JWs. Note that Paul, throughout the preceding verses, is contrasting two different states of existence in an “A-B” type of flow.
Let’s start with verse 42 and move through the passage. Verse 42: A-the perishable body, B-the imperishable body.
Verse 43: A-body sown in dishonor, B-raised in glory; A-sown in weakness, raised in power.
Move to verse 46: A-natural, B-spiritual.
Verses 47-49: A-earthly, B-heavenly.
Now, by the time we get to verse 50, we have A(1)-flesh and blood contrasted with B(1)-kingdom of God and A(2)-perishable contrasted with B(2) imperishable.