I have written quite a bit about the Catholic concept of Our Lady of Guadalupe: from the history of the apparition of that pseudo-Mary to the times controversy has arisen due to her being depicted in a bikini to that upon which I will touch again herein which is the view of her as a goddess.

I have written quite a bit about the Catholic concept of Our Lady of Guadalupe: from the history of the apparition of that pseudo-Mary to the times controversy has arisen due to her being depicted in a bikini to that upon which I will touch again herein which is the view of her as a goddess. 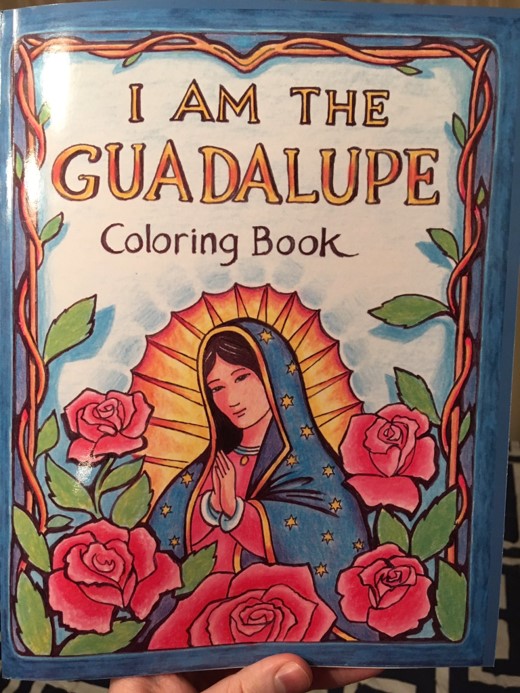 In view is a coloring book by James Roderick and Naomi Lake but before getting to their Guadalupe related book, note that they are publishing a series of I AM based coloring books. For many, such as New Agers, the term “I AM” denotes a positive affirmation which is infused with a styled energy that can create changes in the physical world (basic Magick 101).

In any case, one of their books is “I AM the GODDESS” the description of which notes that it “brings the Goddess to the children at an early age so that the Divine Feminine can be recognized throughout their lives. It has been said that you must be like a child to get into the kingdom of heaven.”

In particular, we are told that James’ “work is focused on brining the Divine Feminine more in balance for our society today” and that “his art has fully turned into an honoring of the Goddess, the Divine Feminine in us all…His life’s mission, through his artwork, is to bring awareness of the feminine side of God.”

Note the generic reference to “the Goddess” in general and the fallacious correlation to that which Jesus said about salvation through Him.

Naomi is a “healer and educator whose mission is to remind individuals and groups of their capacity to heal themselves…She has assisted thousands to reawaken, invoke and embody the essence of any set intention or dream.”

There is no doubt that they view their coloring books not as mere fun but as a form of magick and it is emphasized that they “are witness to the accelerated changes that are happening throughout the planet. They’ve pondered how they could help” in terms of “how best to influence a positive change…bring balance…and where to begin” so they “pray that it serves for the highest good of ALL.”

Well, we are not told to whom they pray but we are told “Bless Yourself!” which you can do without any sort of goddess concept—no God, nor anything else.

So, “I AM the GODDESS” features “26 goddesses from around the world!…a unique reconnection to each Goddess” so there is no, singular, goddess but many.

A certain Philip Incao MD is quoted stating that this is “A wonderful introduction for young children to the essential role of the eternal feminine in all cultures of human evolution.” One can only wonder how the fact that millions upon millions of women murder millions of millions of their very own babies plays into this.

It is their “contribution to the nourishment and embodiment of Our Lady of Guadalupe” which, in keeping with the whole story of Guadalupe, means that an apparition appears on the site of an abandoned Aztec temple to a false goddess and demands that a sanctuary be built there to her—not to Jesus. Thus, it is clear that a demon got bored when Aztec worship and ritual sacrifices were no longer in vogue and decided to put on a new disguise.

It is all in the magick since “In the act of bringing color to these pages, may you and your children invite and invoke the essence of Our Lady” which, again, is to ignore Jesus and worship an apparition. 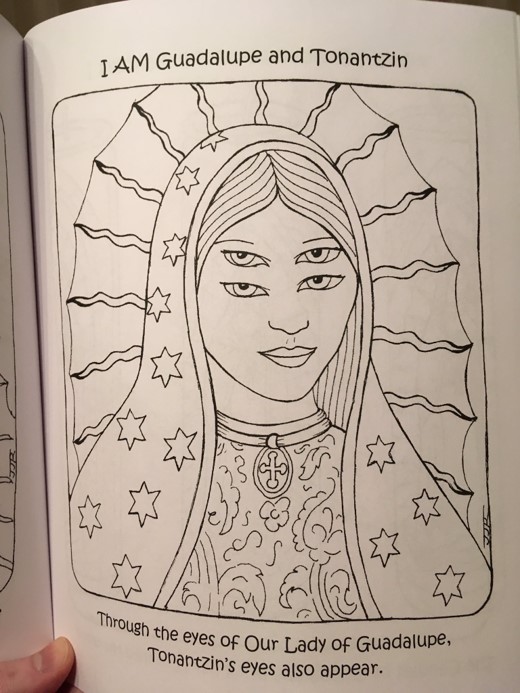 Here we see that the dual nature of the apparition is well known as it stated, “I AM Guadalupe and Tonantzin” with the latter being a term from classical Aztec mythology for the Aztec mother goddess.

Here we have “Guru Guadalupe”: 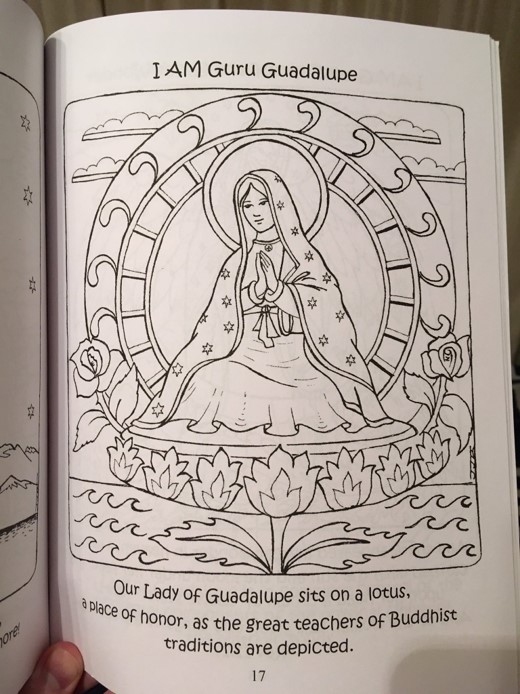 Well, we know that the only thing this guru can teach us is to turn away from Jesus and towards her—or, it.

While these are clearly idolatrous, it is in keeping with hyper-Catholic Mary worship: 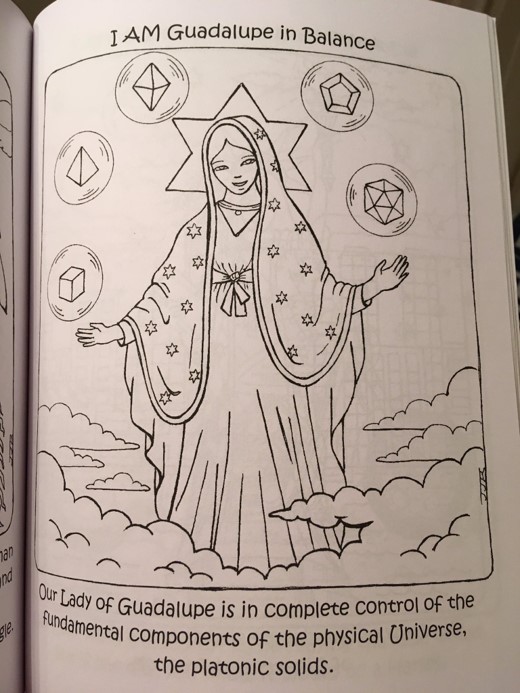 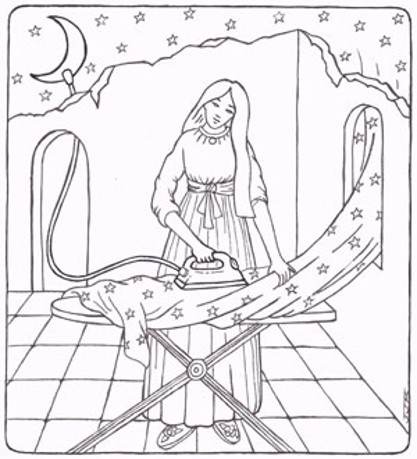 Is it any wonder why at the Vatican Council II, the Bishop of Cuernavaca, Mexico stated, “Devotion to Mary and the saints, especially in our countries, at times obscures devotion to Christ.”

For some related info, see my book In Consideration of Catholic Doctrines, Traditions and Dogmas (on which I am offering a money saving deal).