In another instance of agreement with Richard Dawkins, Dan Barker wrote:

In another instance of agreement with Richard Dawkins, Dan Barker wrote:

“According to Jesus, how should Christian disciples treat their parents?…Parents should be hated. -More family values from the ‘Good Book.’ ‘If any man come to me, and hate not his father, and mother, and wife, and children, and brethren, and sisters, yea, and his own life also, he cannot be my disciple.’ (Luke 14:26)“[fn]FFRF Bible Quiz, “What Do You Really Know About The Bible?“[/fn]

He then points out that in Greek the word translated as “hate” means “hate” and goes on to write:

The concept of devaluing your family is reflected by Matthew: ‘And a man’s foes shall be they of his own household. He that loveth father or mother more than me is not worthy of me: and he that loveth son or daughter more than me is not worthy of me.’ (Matthew 10:37-38) Why not love your family first? This sounds like something an uneasy dictator would say.
Parents should be ignored-‘Let the dead bury the dead’-because when you are born again, God becomes your true parent.” [underlining in original]

We may have stumbled across another fallacy to the tune of the assumption of: thou shall do what the etymology commands. Studying the original Hebrew or Greek words is important and also researching the origins of words, the root words. However, that may not necessarily tell us anything about what the text is stating, how the word is being used. This is because a careful researcher considers that the important thing is-usage. I may use a term that means something very particular but by applying the term hyperbolically, symbiotically, metaphorically, etc. I could give the term varied meaning. If I wrote, “It was raining cats and dogs” it may be the case that 2,000 years from now someone like Dan Barker would read my words and write, “True to the superstitious ignorance of the time, an author of two millennia ago actually believed that felines and canines fell out of the sky, simply preposterous!”

Jesus’ statements are surely hyperbolic: as much as you love your father, mother, wife, children, brethren, sisters and, note this one, your own life they are to seem as hate in comparison to your love of Jesus. This is not simply a diminution of our love for our family but an exaltation of our love of Jesus. Moreover, this is not merely a fancy excuse at my embarrassment at Jesus’ words. Another important aspect of being a careful researcher is asking how Jesus’ words were understood at the time and, in this case, how did His followers treat their families? 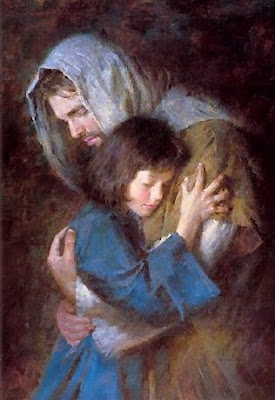 In Matthew 20:20 the mother of two of the apostles, James and John, makes an appearance with them.
In Mark 7:9-13 Jesus taught the following:

Do you do well to set aside the commandment of God, so that you may keep your own tradition? For Moses said, ‘Honor your father and your mother.’ And, ‘Whoever curses father or mother, let him die the death.’ But you say, If a man shall say to his father or mother, Corban! (that is, A gift to God, whatever you may profit by me) and you no longer allow him to do anything toward his father or mother, making the Word of God of no effect through your tradition which you have delivered. And you do many such things.

Jesus speaks out against the traditions of men that, in this case, were concocted to benefit the religious leaders but neglect the parents of the giver of corban.
In Mark 1:30-31 Jesus goes with Simon/Peter in order to visit and heal his mother-in-law.
In 1st Corinthians 9:5 Paul makes reference to the apostle’s authority to lead about, taking along or traveling with a sister or wife as the apostles are known to do.
In John 19:26-27 as Jesus is dying on the cross He ensures that His mother will be cared for by asking John to take her into his home.
They, and subsequent Christians, utilized basic common sense and discernment in understanding what Jesus actually meant and were not simply out to play gotcha!

Dan Barker has committed the same fallacy in writing, “Jesus did talk gruesomely about plucking out eyes and cutting off hands (Matthew 5:29 [also see Mark 9:43-47]).”[fn]ibid.[/fn] But again, it is very easy to see the way that even those closest to Jesus understood His words-how many apostles, disciple and good old fashioned Christians have gouged their own eyes out? How many chopped off their own hands and feet? Zero would be a fair guess. Same point as above, we can see how they understood the teaching-they discerned rationally and common sensibly. What we must do is to employ the contexts of history, culture, grammar, etc.

As for “Parents should be ignored,” Dan Barker does not bother providing a citation to his conveniently partial quote “Let the dead bury the dead.” The text in question is Luke 9:57-62 (also Matthew 8:19-22):

Now it happened as they journeyed on the road, that someone said to Him, ‘Lord, I will follow You wherever You go.’ And Jesus said to him, ‘Foxes have holes and birds of the air have nests, but the Son of Man has nowhere to lay His head.’ Then He said to another, ‘Follow Me.’ But he said, ‘Lord, let me first go and bury my father.’ Jesus said to him, ‘Let the dead bury their own dead, but you go and preach the kingdom of God.’ And another also said, ‘Lord, I will follow You, but let me first go and bid them farewell who are at my house.’ But Jesus said to him, ‘No one, having put his hand to the plow, and looking back, is fit for the kingdom of God.’

The issue is the making of excuse, “Sure, I’ll get around to it but first I have to do…” Jesus appears to be testing their sincerity. Was that person really saying, “Oh, wait! I just remembered that I left my father’s corpse laying around and forgot to bury him. Let me go do that and I’ll be right back.” Rather, “let me first go and bury my father” was idiomatic for “I will wait (however many years) until my father passes away and then I will (eventually) get around to following you.” The person claimed to want to follow Jesus but makes excuses the moment that Jesus takes him up on his offer. Dan Barker’s statement “…because when you are born again, God becomes your true parent” is a pure fabrication.