“Christians Should Not Tithe-Unless…”
Dan Barker offered another answer to his own question “According to Jesus, what must you do to have eternal life?” His other answer reads thusly:

“Christians Should Not Tithe-Unless…”
Dan Barker offered another answer to his own question “According to Jesus, what must you do to have eternal life?” His other answer reads thusly:

“Attend church regularly and tithe ten percent of your income to God. -Christian tithing is difficult to support biblically. In Old Testament times, when church and government were united, the tithe was the state tax, often used to support the non-working Levites (priests). But there is no consistent explanation of tithing in Hebrew scripture or in other nations. Babylonians used the tithe as a secular tax for royal purposes. In America, where state and church are separated, Christians should not tithe-unless they want to be doubly taxed! There is nothing in the New Testament to support tithing. Jesus mocked the scribes and Pharisees who tithed (Matthew 23:23). The writer of Hebrews affirmed that the tithe was to be paid to the Levites, admitting that times are different now: ‘For the priesthood being changed, there is made of necessity a change also of the law.’ (Hebrews 7:5,12)“[fn]FFRF Bible Quiz, “What Do You Really Know About The Bible?[/fn]

Note the confusion of his own making, he states that “According to Jesus” you must “_tithe ten percent” but then immediately states that “Christian tithing is difficult to support biblically.” Which is it? Is tithing something that, according to Jesus, we must do to have eternal life or is tithing difficult to support biblically? These are the sort of problems that one concocts in seeking solely to besmirch rather than simply comprehend.

“Woe to you, scribes and Pharisees, hypocrites! For you pay tithes of mint and dill and cummin, and you have left undone the weightier matters of the Law, judgment, mercy, and faith. You ought to have done these and not to leave the other undone.” 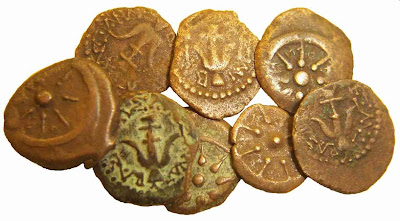 What the verse is telling us, as opposed to what Dan Barker claims that it is telling us, is that Jesus “mocked” the scribes and Pharisees because they were merely jumping through religious hoops. They were making sure that they followed the letter of the law and paid very precise tithes of various products. Yet, when it came to their personal behavior, particularly their interactions with others, they fell far short. Mere religious observance without a demonstration in our daily lives is useless. But for the purposes of our discussion please consider the last sentence of this verse, “You ought to have done these and not to leave the other undone.” Jesus did not tell them not to tithe but rather He encouraged them to not do one without the other. Of course, Dan Barker is way off here in any account since Jesus was not addressing Christians attending “church” but was addressing Jews attending the Temple and supporting its priests.

The concept of deciding for ourselves how much we give is reinforced in 2nd Corinthians 9:5-8,

“Therefore I thought it necessary to exhort the brethren to go to you ahead of time, and prepare your generous gift beforehand, which you had previously promised, that it may be ready as a matter of generosity and not as a grudging obligation. But this I say: He who sows sparingly will also reap sparingly, and he who sows bountifully will also reap bountifully. So let each one give as he purposes in his heart, not grudgingly or of necessity; for God loves a cheerful giver. And God is able to make all grace abound toward you, that you, always having all sufficiency in all things, may have an abundance for every good work.”

Much may be stated regarding the New Testament concept of tithing. Certainly, there are churches that claim that a ten percent tithe is biblically mandated, something that I believe is unsupportable. I happen to attend a church that does not pass collection plates but has boxes around the property into which you can place any amount you want whenever you want. In fact, the only time that collection plates (actually, fried chicken buckets) are passed around is during community events. For instance, the Easter sunrise service takes place in the city’s football stadium. When the buckets are passed around an announcement is made to the effect of: if you do not attend our church please do not give your money since this is a free service to the community and the only reason that buckets are being passed around is because some people attend this service instead of what would be the regular Sunday service.

Yet, the whole of the New Testament’s statements regarding Christian tithing seems to be Acts 5:4. A husband and wife sold piece of property and they appear to have come to the apostles in order to make a public show of their generosity in claiming that they were giving away all of the money they had just made while actually keeping some for themselves. In verse 4 Peter tells them “While it remained, was it not your own? And after it was sold, was it not in your own authority?” When they owned it, it was theirs-to do with as their pleased and when they sold it, the money was theirs-to do with as they pleased. The problem was lying and self-aggrandizement in the process.