My statement that “we ought to be good” is only conditional on: if you wish to be a person, a healthy person, who lives in a world with a minimum, minimum of harm in it. If that’s the kind of person you are, you, if that’s the kind of person you ah, you are, you wanna be, then if you wish to be labeled ‘ethical’ by other people then you ought to act in ways that minimize harm. If you don’t then you don’t have to, there’s no universal imperative that says you have to. In fact, many people prove that you don’t have to and they don’t and we do try to protect ourselves from them.
There’s no cosmic imperative that we all “ought” to act in that way. But if you do wish want to continue valuing your existence as a sentient physical organism within this physical environment then, on that condition, then ah, and if you wish to be viewed by your society as “a good person,” if that’s something you wish, then you will act in ways that minimize harm. And again, I didn’t say avoid harm I said it minimizes harm.

Note the various self-centered reasons he offers as a foundational reason for doing good:

1. “if you wish to be…a healthy person” (meaning mentally healthy).

2. “if you wish to be labeled ‘ethical’ by other people.”

It would appear that the Barkerian ethic is based on gaining the praise of others, being though of highly by others, as well as servicing yourself in seeking to be healthy and as a form of wish fulfillment. 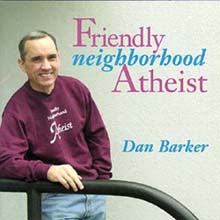 While Dan Barker is a proponent of his own rigid dogmatically authoritarian sect of Freethough, Humanists also demonstrate a feel-good-self-based view of ethics such as is evidenced in their asking and answering the following question (in this case, from the Humanist Society of Scotland):

It’s best to be honest because_ I’m happier and feel better about myself if I’m honest.

Why being honest should make us happy remains a mystery. The point is not morality but self-esteem.

Reginald Finley (aka The Infidel Guy) and Matthew Davis stated,

A member of the Seattle Atheists,

These are all examples of self-centered motivations; good is not to be done for its own sake or because people need good done to them but in order to receive benefit back. This is basically watered down, “My Name is Earl” style, karma.

Note also a very sobering thought, “I didn’t say avoid harm I said it minimizes harm.” What if, as actually did happen, the Nazis thought that they did not have to avoid harm but only minimize it? What if they thought, as they actually did, that minimizing it meant slaughtering some 12 million people since that would be overall beneficial to Germany, its majority population and their future?

At 34:40 of part 2, Dan Barker goes on to make a statement that is somewhat mirrored by Keith Parsons the yelling debater:

I don’t believe in punishment…we put people in jail not to punish them but to protect society form the harm that could result from them. Who cares if they’re punished or not?

One can only wonder, but I would assume that the reason for denying punishment, such as putting people in jail, is so that ultimate the concept of divine “punishment” can be denied. Indeed, without punishment Hitler lived a very pleasant life, enjoyed his power, was adored by thousands and then committed suicide when he saw fit-period, end of story. No justice but only the perfect peace of annihilation. Atheism makes evil even worse by guaranteeing that it has no higher purpose, no ultimate meaning, no change of being redeemed, is for the benefit of the evildoer who enjoys committing it and guaranteeing no justice (except that which may, only possibly may, be had by temporal courts). 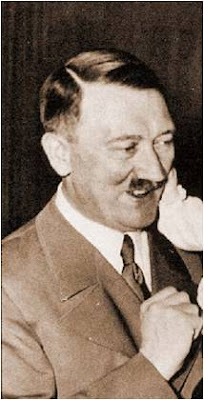 Arguing according to the Barkerian ethic, and that of other atheists, there may be an additional problem with incarcerating, for example, a person who committed one murder, or one rape, or one robbery: from what are we protecting ourselves?
We cannot merely assume that a onetime murderer will murder again, can we justly keep someone in jail from years or decades on our guess that they may still be a danger to society?
If we are not punishing them for their crime then we ought to release them. Moreover, how much time does it take to murder someone? Shooting a gun can take less than one second: can we justly incarcerate someone for years or decades for performing an action that took less than one second?

Indeed, quite logically, our system of justice serves at least three purposes: to punish, to deter and to protect society.