This year he jumped upon the bandwagon of ever mounting childish atheist talking points by referring to Jesus as a “Jewish Zombie.”

This year he jumped upon the bandwagon of ever mounting childish atheist talking points by referring to Jesus as a “Jewish Zombie.”

As a book of morality, it would be about last on my list. If I had a child, the last book I would ever give to teach morality would be the Bible, especially the Old Testament.

I can only imagine that he does not take them time to consider that, as opposed to so many atheist, the Bible places morality and lack thereof into context. His statements are tantamount to denouncing a newspaper for reporting the immoral activities of the previous day.

His guest, columnist Dan Savage, then does a good job of providing a virtual one stop shop for learning the same, old, tired, regurgitated without skepticism and ubiquitously discredited atheist talking points as he then launches into a barrage of condemnations:

People only pretend to read the Bible. Their eyes glaze over, and they remember a couple of passages that they ignore when they feel like ignoring, like “Turn the other cheek.”And, then they, when they don’t like somebody, they go flipping through this massive book, full of ancient desert prejudices, looking for something to justify it.

Just like they justified slavery using the Bible, because there are passages in the Bible that justify slavery, including passages that justify selling your daughters into sex slavery. Right there, that’s Biblical, those are Biblical family values.

And so, we have this selective sort of reading problem with the Bible. If we’re going to enforce it all, stone the gay people, but, you know, stoning the adulterers first starting with Newt Gingrich, and Rudy Giuliani, and John McCain…by the time it’s my turn, they’ll be out of rocks. [ellipses in original]

The first portion is simply childish-actually children have much more sense than this. 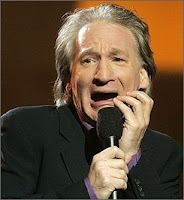 As for slavery; what the Bible was doing was reforming it and commanding protections for the “slave” (servant is generally more accurate). Moreover, it was in appeal to the Bible that slavery in America was abolished: it was the elucidations of the well versed and educated theologians who clarified the issue. That there are “passages that justify selling your daughters into sex slavery” is no less than utterly baseless and he conveniently neglected to cite book, chapter and verse. Yet, since we are dealing with atheist talking points, note that I have already discredited such baseless assertions in the post: Atheism, the Bible, Rape, EvilBible.com and Dan Barker.

Why would anyone; Jew, Christian, or even atheist, think that anyone would or should seek to “enforce it all.”
This is an example of the unfathomable depths of a typical atheist misunderstanding and lack of knowledge of the Bible’s contents, concepts and contexts even at the most basic of basic levels.

The Bible’s every law is not to be enforced particularly when dealing with the, note the key word, Old Testament as that Old Testament was the old law for the Jews of olden days in Israel under the theocratic government in which they agreed to live.
So, even though Dan Savage savagely appeals to the Old Testament in mockingly asking why we do not stone the gay people and adulterers and Sam Harris argues that you can actually justify stoning adulterers from the New Testament they only discredit themselves by so very openly, loudly and proudly displayed the tremendous depth of their ignorance: this is pseudo-skepticism at its finest.

Never missing an opportunity to further discredit himself further Bill Maher chimes in:

And at least half of the Commandments are stupid…If you were going to make a list of like the ten things you absolutely can’t do, wouldn’t you put on there rape, incest, bestiality, slavery? But, instead, they have things like “Don’t swear,” you know, “Don’t build statues to other Gods,” obviously the ideas of primitive man living in primitive times, and this is what you look up to.

Bill Maher does not seem to consider premise, cause and effect chains of causation, etc. He also seems to be under a misconception about what the Ten Commandments are; he seems to think that they are the complete law. They are the premise of the complete law. There are various premises, overarching principles upon which the whole law was based.
When Jesus was asked, “Of all the commandments, which is the most important?”:

Apparently, the Bill Maher school of Bible misinterpretation would say, “Wow, wait a minute Jesus! Show me where it says that in the list of ten!” I admit that if I have to choose between Bill Maher’s and Jesus’ elucidation of the issue I may have to side with Jesus ;o) 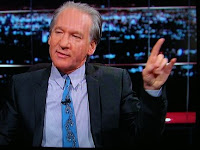 Interestingly, Bill Maher does not bother (as per typical atheism shoot condemnations first and do not even bother asking questions about premise later) providing a premise upon which to condemn rape, incest, bestiality, slavery or anything at all for that matter. In fact, he has made fun of little children that are raped by their parents.

It would be interesting if Bill Maher ever has a debate about the Bible and I do not mean a panel in his circus and amongst his amen chorus of adherents but an actual debate. Thus, far upon commenting on the Bible he discredits himself even further while leaving the Bible unscathed.